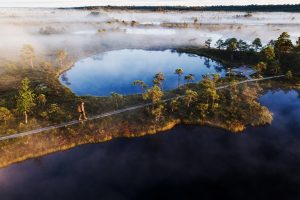 If you’re a repeat visitor, you may have noticed that NCPC conference series has never been just that quick meetup between concrete walls. We prefer, while also doing the important academic work, to pry a little bit deeper every time into the soul of Estonia. With our conference locations we have moved along the border of the country. Because perhaps just there, where cultures meet, the Estonian soul manifests itself the most. And even if not, it’s definitely the place where one finds the most exotic experiences of Estonian diversity. NCPC2017 took us to one of the southernmost Estonian towns, Võru, and to the neighboring forests and villages, to meet the Seto people, and to the hills of Haanja, to discover a local homestead and enjoy authentic local cuisine and music. NCPC2019 in turn was held in Narva, a border city with a history as rich as the tsars and kings who have fought over it for centuries, and the neighboring historic resort of Narva-Jõesuu that’s known countless kilometers over the border. Eating in the magnificent Narva castle, not much different from our medieval ancestors, thinking about the gone-by times… it was special. Perhaps some of you even remember the conference held in 2015, which was sort of a predecessor for the NCPC-series, when we were yet again traveling through the tranquil landscape of Estonian South, to the coasts of Lake Peipus – a place where Old Believers, members of a conservative and rebellious group within the Russian Orthodox church, found their safe haven from the persecutions in their home country back in the 17th century; to admire their ways of life, their customs and traditions. This is not what you would get in Tallinn. Nor any other nearby capital for that matter. This year, we welcome You to the southwest, to Pärnu County, or as locals call it – Pärnumaa.

Pärnu
Pärnu is the historic center of Pärnumaa, and much of the surround 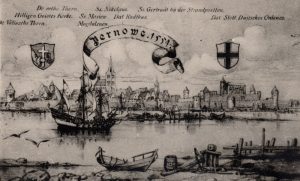 ing region as well. Archeological findings of settlements have shown that people have lived in the Pärnu river mouth region quite literally right from the moment the water – left behind from the last ice age – retreated from the mainland. Estimates for the prehistoric settlements put the oldest of them at somewhere around 9 to 11 thousand years ago. Pärnu was a good, or perhaps an obvious area to inhabit since it was a well-connected hub, had access to the sea, rivers, and land routes. Of course, being well-connected means everyone can come to visit. And they did. Many thousand years fast-forward, Pärnu was still inhabited. There might have been a more quiet time meanwhile since no large prehistoric strongholds have been found from Pärnu (the closest is about 45km away). A more definitive town-like urban settlement, first known as Perona (known as Alt-Pernau in German) was founded in 1251 by the Bishopric of Ösel-Wiek, a semi-independent prince-bishopric in the Holy Roman Empire, which covered most of what is now considered West Estonia. However, somewhere around 1265, a stronghold city called Embeck was founded by the Livonian Order, a branch of the Teutonic Order. It became known as Neu-Pernau, or “New”-Pernau. The new town became quickly a part of the Hanseatic League, since Teutonic Order was one of its founding members. Neu-Pernau became an important harbor for Livonia and was a bustling city, yet Alt-Pernau’s history seems more complicated. They’re constantly being attacked and somewhere around the 16th century, they’re not allowed to rebuild the city, and the lands are sold to Neu-Pernau. Sadly, no complete building has made it from Hanseatic-era Pernau to today’s Pärnu, but some parts of it can still be found if you know where to look. Because of constant power plays, status quo was changing every couple of years or decades, and this went on and on. The city never lost its spirit in the struggles though. Like the first inhabitants 11 thousand years ago found its seasides beautiful, the modern man did too. Pärnu has always been a resort region, the feel-good town by the sea where you come to relax, have fun and enjoy life. It is a cozy, yet very living city, especially in the summer when it takes on the title “summer capital of Estonia”. We will hear more about the city’s history on the tour we take on the 25th. You’ll find the Pärnu tourist map here should you wish to plan ahead for the stay. Or check out visitPÄRNU tourist info page in general to find out more about the city. 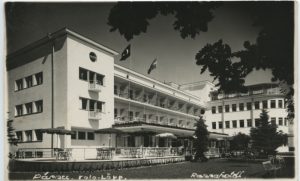 Pärnu Rannahotell (meaning “beach hotel”) is a prime example of 1930s functionalist architecture. As said above, Pärnu has semi-officially been a resort town since the Stone Age, but more seriously from the 19th century. As its popularity grew, it became evident that the smaller holiday resorts, hotels, motels, and cottages that Pärnu had just weren’t enough for the ever-growing flocks of foreign tourists. Ever-growingly rich and demanding foreign tourists. When it opened, on a June night in 1937, it wasn’t only one of the best hotels in Estonia, it was one of the best hotels in Northern Europe. Copenhagen Ekstra Bladet’s editor-in-chief famously wrote that while in Pärnu, he had stayed in a hotel to which there’s nothing alike in Denmark. It became a popular topic among travel journalists; a destination of choice for the financial elite – local and foreign – politicians, businessmen, from Russia, from Europe, from the United States – it was popular. Any VIP you can imagine would have stayed there. It was clearly built for the upper class. The building has retained about 97% of its original visual appearance as it looked the day it opened. Some minor changes have been made during Soviet times in the interior, and the restaurant was made bigger, yet when it was last restored in 2016, many ideas and elements were borrowed or bought back from the 1930s. When first opened, the hotel had 70 rooms, even including many full-size apartments and a presidential suite (today it has 55 rooms, 11 of which are suites); rooms had hot and cold water, a telephone, the first two floors had central heating. With fancy balconies, beach and its promenade right under your window, accompanied by premium-level service, it was a true marvel of its time. And continues to be so today, as it stands in its almost 100-year-old magnificence just the way it was put together. Doing just what it was meant to do by those who put it on paper, architects Olev Siinmaa and Anton Lembit Soans. As it was said back then, Pärnu as a resort town is complete now, and we can move on to building next ones. 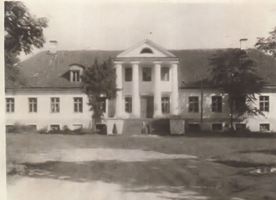 Pootsi is a small village a few dozen kilometers along the shore out of Pärnu. It is concentrated around a manor complex. Pootsi manor, or Hof Podis, is a 16th-century manor with an extended ensemble of accompanying buildings, parks and structures. It was built by the Pahlens, a prominent noble family spanning many countries of nearby Europe, probably around the year it was first mentioned, 1560. It’s said that two ponds nearby still show you where much of the raw materials were taken to build the manor. Stones were gathered from the nearby fields, there were plenty. Peasants were forced to work. By the beginning of the 19th century, it was sold to von Lilienfelds who in the 1820s erected the classicist main building standing there today. In upcoming years, it moved back and forth before ending up in the hands of the Maydell family. The latter, however, had to give away most of the buildings to be used for military purposes. By 1920, they retained only the main building, and later sold that to a local butcher man, Põltsam, who himself was on some accounts allegedly deported to Siberia. From then on, the manor belonged to the Soviet regime’s will. At first, it was a place to borrow horses from, then it was a tractor station. At some point, it was assigned as the head office for a local Soviet collective farm called “kolkhoz Kirov”. Since it had a nice hall room with parquet flooring, a stage was built and it became a local community and cultural center. The house 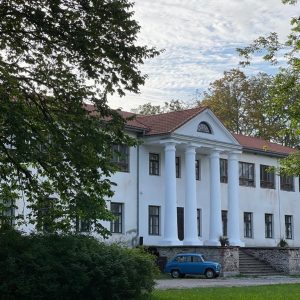 also hosted a library. At some point, the kolkhoz office left the building, and it was decided to convert it into a school. The local school, which operated in another former manor complex building, had so many students they needed more room. For that, a complete second floor was built for the manor’s main building, also changing the original appearance of the windows. From 1962 to 1997 the house worked as a school, by which time the students moved, and the main house went back to the rightful owners’ descendants. Nowadays, Pootsi manor is best known for the wines they make from domestic berries. On the tour on 26th, we get to try these, with local delicacies that go with them. During the tour, we’ll hear more about the manor, see the manor park and its cherry garden, perhaps learn how to make some good wine. All directly from the current inhabitants of this .. place with so much history. 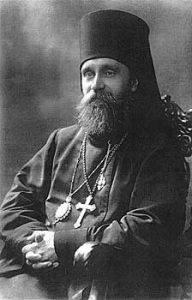 On the way to the manor, we will also stop by Pootsi-Kõpu Orthodox Holy Trinity Church, built in 1873 and renovated in 2013-2016. It is not entirely clear why it bears the name of Pootsi while it’s actually located in Kõpu village. There’s a memorial tablet inside the church to a man from Pootsi though. The man is known as Saint Platon. His real name was Paul Kulbusch, and he was the first Estonian bishop of the Apostolic Orthodox Church. And he was also a martyr. In the crazy years of 1918-1919, when the First World War had just ended, and there were still power plays going on in the Baltics, Russians and Germans were both looking to gain control over the region. They weren’t fond of our nationalistic aspirations, nor the people who were leading these movements. Platon was someone who had caught the eye of both sides. In a mere month, Tartu is taken over by the Red Army, all religious practices are banned, Platon is put to jail, tortured, and executed. The same happened to a list of local clerks and other honorable citizens. The killings were only stopped by Estonian forces, led by Julius Kuperjanov, reaching the city and freeing all the prisoners. They were just moments late. Platon was first buried in Tartu but was soon taken to Tallinn. He was not buried until a week, for the public to pay their respects. He was finally put to rest in the Church of the Transfiguration of Our Lord, in Tallinn Old Town, which remains a holy place for local Orthodox Christians to this day. In August 2000, he was declared a saint by the Russian Orthodox Church, and in September 2000, by the Constantinople Orthodox Church.

The NCPC2021 is sponsored by EAS and European Union European Regional Development Fund (27696 EUR). In addition to our scientific agenda – to promote patient-centered approaches and digital interconnected solutions – the project also aims to introduce Estonia, with a special focus on parts of Estonia and its culture that are harder to reach, yet worthy of doing so.